Back to all posts

Down A Country Road 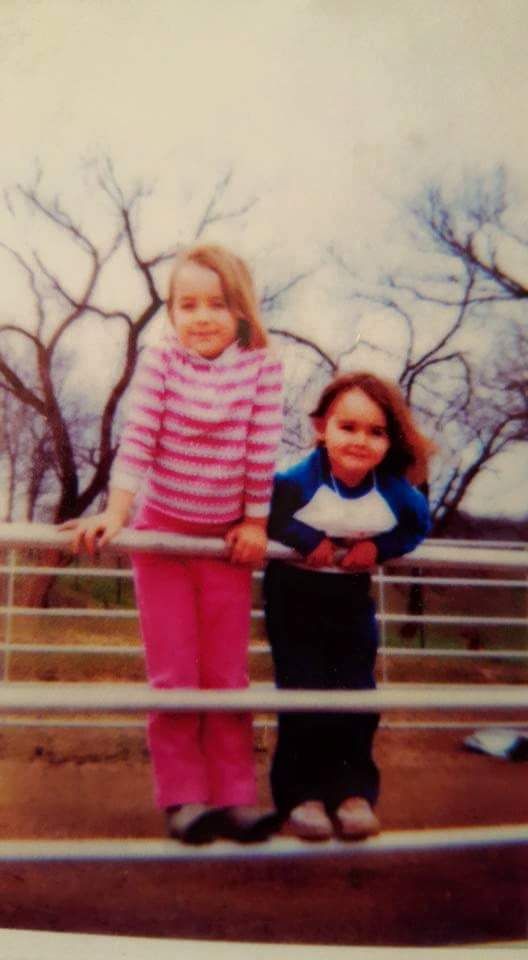 I couldn’t sleep last night. It was nearly morning before I finally drifted off. I had performed all the usual bedtime rituals and crawled under the covers with a good book and a cup of tea at about 8:15. Nodded off while reading then, after setting my book on the night table and turning off the light, was wide awake.
A drink of water, brew another cup of tea, read another chapter and I was getting sleepy again. That was when I heard the cow bawling.
Now, it bothers me, irritates really, when dogs bark relentlessly and for no reason and the owners don’ shush them. Noisy cows, however, tell a story. They have something worthwhile to say. This cow was upset and really bawling and it struck me like the cry of a child to a mother’ heart.
Although I no longer own cows, I am familiar after having spent a few years in their company. These days I walk my country neighborhood and I know who owns cows. I know the faces of the local, back acre livestock and they know me fairly well. And, I notice a new face in the crowd as well as missing faces. This particular cow was loud and close, so it might be a new animal for one of my neighbors.
Cows are timely, creatures of habit, expecting  their world and their humans to be timely as well. Most will return on their own from pasture to stand quietly and patiently in their own pen while staring a blazing hole through the gate or door from which their supper bearer appears.  Some begin announcing themselves upon arrival, just to give a heads up I suppose. Perhaps this cow’ human was late to evening chores.
As I listened to the persistent and frustrated complaining, I began to hear an edge of fear seeping in. When your child cries you know if it is hungry, tired, thirsty, angry or hurt. You have a parental knowing allowing you to pinpoint a problem right way and with great accuracy. With a cow, you can often guess correctly, but you are guessing purely out of familiarity of the habits of the species in general and of one animal in particular. This cow was very loud and demanding attention.
About a half dozen of those pretty Red Limousines live down the road a way. They always come to the fence for a “Howdy” and their babies come, too. Maybe one got out and wants back in. From that thought, my mind shifted into full “Mom” mode and I imagined one of the calves had sneaked out and Momma was calling to her baby to come back and right now! From that point, I feared the calf had slipped into the irrigation canal adjacent to the property and Momma was calling for help.
No, that place is too far for me to hear that cow. But, with the cold air, sound does carry.
Go to sleep Nancy, you are imagining things. I pulled up the covers, closed my eyes and immediately, Piggy came to mind.

It was 1985 and I was living in Grand Prairie, Texas, bartending at a Country and Western place called Sweetwater Saloon. I was also working at the barn where the local constabulary kept their horses. I would keep the horses legged up, groomed and ready for patrol, search or rescue. It was a nice enough place, butted against thousands of acres of loamy soil to ride. The adjacent ranch belonged to Pokey Roberts, most of which, if not all, is now under Joe Poole Recreation Area. The parcel leased by the horse patrol had a big turnout, two paddocks, a round pen and an old, drafty barn which mostly just provided protection from the sun.
About this time, my brother, a few years out of the Marine Corp and settled into the working class, became a bit bored and decided he wanted to get into the cattle business. He also decided that since I was going out to the barn twice a day anyway, it would be no problem for me to feed a few young cows while there. Hmmm, okay. Plans were made to go to the sale barn.
I came home with a new cotton braided headstall and matching reins, a colorful bareback pad and slip on style spurs. My brother came home with four bucket calves.

Now, raising bucket calves, or bottle calves if you will, is no easy task with a guaranteed outcome. Day old calves separated from momma do not have much of a chance no matter how you shake it. And, this project was started in the winter so, one is going out multiple times a day and night and in all weather. Sometimes, while I was bottle feeding these little guys very early or very late, my children were sleeping in the back of my compact station wagon with the heater running as sleeting rain blew side ways through the slats of the barn. More than one of those calves was warmed up in the back of that old beat up Corolla,

We had three survivors. And after we got them sold or in the freezer, we heard from the old timers we were experiencing real success in the bucket calf industry. My brother, so encouraged, set out to start another herd.
We didn’t name these calves, though the kids tried to. We called them by their ear tag numbers. Except this one cow my brother took to for some reason. He called her Piggy, and that was the end of the proper relationship with his intended dinner.

With the extra attention, Piggy grew quickly, was friendly, playful and curious and she loved her people. The other calves were sold but Piggy stayed, becoming a mascot of sorts. She was pen or stall mate to the occasional sick or injured horse and one wild, crazy, grey roan stallion named Chief. He would hardly let anyone else in his stall except Piggy or me, and no one at all unless she was in there with him.

A year later my brother decided he was done with the cattle business and going to give Piggy to a 4-H or FFA kid by running an advertisement in the classifieds. He got an interested party right away and, instead of explaining the twists and turns of the country lanes to the pasture, he loaded Piggy in the horse trailer she originally arrived in and took her to his house. He had a few acres all, in lawn with Pecan trees for shade and situated near a pretty lake in a nice subdivision. Perfect for an over night stay for Piggy.

Next morning my phone rings very early. Because I had worked until two a.m. the night before I answered with a groggy, “Hello.”

“Nancy,” says my sister in law. “Piggy is gone.

“No. She is just gone. We got up this morning and she had walked the fence down. She’ gone. Piggy is missing!”

Now, mind you, Piggy had never been anywhere but the sale barn as a wobbly legged newborn, the pasture and barn where she lived for nearly two years, and then to my brother’ yard. “She probably just walked down to the lake,” I said. “Did you look there?”

“Well, it is a neighborhood of privacy fences. Unless someone found her and put her in their yard, she is wandering the neighborhood.”

“We need you to come help find her.”

“Okay. I will come over and we can go to the barn and get Chewy. Horseback, I will be able to see over the fences. If some one put her in their yard for safe keeping, we will find her without having to knock on every door and ask if they have seen our cow roaming around.”

The process of getting two small children out of bed, fed and dressed to go took a while and, I was sure that by the time I arrived, Piggy would be tucked safely back in the yard, having returned from her gallivant. But, my sister in law was wringing her hands when she met me at their gate and my brother was equally upset.

“Maybe you should not give her away,” I observed.

We loaded in the truck and headed to the leased pasture and barn. It was about a half mile drive out of the neighborhood to 14th street where we hung a left. 14th Street quickly becomes more of a two lane thoroughfare passing behind a shopping center on the right and running beside a good ole Texas bayou on the left. A mile or so down on the right is an expansive, very nice golf club and estates type subdivision. Past that and down the hill we took a right turn off 14th Street onto Fish Creek Road, a country lane, which runs parallel to I-20 for a mile or so. Fish Creek Road then makes a hard left, over I-20, via a narrow, country lane bridge, then another hard left onto a tree lined, one lane road doubling back, this time, within spitting distance of I-20. We were a half mile or less from the right turn which would take me to my horse when we spied Piggy tied to a tree.

“Holy shit!” My brother slammed on the brakes, nearly throwing me into the dashboard.

“Well, I’ll be damned,” I said while pulling my self back up in the seat. Then I started laughing. That kind of knee slapping laugh where you snort and suck wind. “She nearly made it,” I said, wiping tears and trying to catch my breath. “A homing cow is worth something, you know. “

He glared at me, not amused. “We nearly lost her.”

“No, you did not. You never lost her. She only went home when you were not looking.”

The lady who captured Piggy demanded a reward.

My brother said, “Kiss my ass.” He's friendly like that.

He was going to load Piggy in the trailer and take her back to his house but I said, “Turn her loose and let her finish her journey. You go on ahead and I will follow her on foot. Then we will take her back.”

The young person who came to see Piggy later that morning was smitten by her sweet face and demeanor. Love at first sight. I warned this youngster to be sure to build a real good fence.

The unknown cow was still calling plaintively when I returned from my musings. I put on sweats and sneakers, grabbed a flashlight and climbed into the car to go see what I could find. My horse, Mr. Pepper, is gone three years now, so I would not have the advantage of his Thoroughbred height to see over fences.

I did not find the cow. She must have been deep in the neighborhood, in a back lot where my flashlight would not penetrate. Those pretty red cows were all tucked in their pens, no strays having fallen into the canal.
I went home and as I climbed out of the car and walked back to the porch, that cow gave one last bellow and quit. Just like that.
I smiled. It had been a pleasant drive down an old country road.